Faye takes her diet and exercise obsession a little too far. 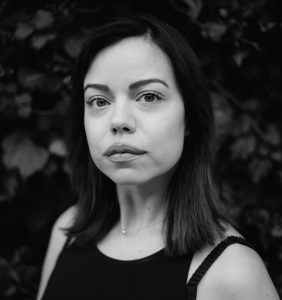 Olivia Saperstein is an LA based writer/director. Her works include Plastic, Ella at the Library, and Recipe, and she is currently in pre-production on her first feature film. Olivia is determined to be a strong voice for women and create value through her work.

Dre Boulet is a vivacious filmmaker from Ottawa. She first became a film journalist and critic for CJLO online magazine, receiving a nomination from Pitchfork magazine for her dedicated work in highlighting film within the magazine’s content. Dre has directed one short film Dead Field (2013) and produced two short films: Plastic (2014), Recipe (2015) and a music video On The Wire by Air Traffic Controller with Bullet Cinema. She continues to write/ produce and direct in Vancouver BC.

Dre met Olivia, her creative twin, after film school. The two ambitious women co-founded Bullet Cinema, a boutique film production company where they could tell their stories with complete control of their voice. They have plans to produce and direct feature films in the near future, focusing on the female voice.